Coffee’s Good For You..!

Many health benefits to be gained from regular coffee-drinking, among them:

1- Coffee is as hydrating as plain water – you have to “absorb 550 mg of caffeine in a single drink to produce dehydrating levels of urine”; a Grande Starbucks has only 330 mg of caffeine.

2- It probably cuts your risk of heart disease and certainly doesn’t raise chances of a heart attack.

3- It may cut the risk of some cancers and has no adverse effects on others – Japanese studies revealed that drinkers of two cups of coffee daily had half the risk of developing liver cancer compared with those who never drank it.

4- The cream you put in your coffee more than offsets the slight reduction in calcium thought to be caused by caffeine.

7- It appears to offer protection against certain diseases like Alzheimer’s, Parkinson’s disease, and diabetes.

Most valuable article for sharing here.I am thankful to see this blog .I just be grateful for you for that kind of effort. Thanks and keep posting some. Amazing article. I am so impressed. I think you have a great in order in exacting while dealings with such subjects.An essay one of the most generally known kinds of task at university is a bit of educational written work for the most part in the vicinity of 500 and 5000 words in length. Best essay writing service it is an outstanding explanation paper from scholastic years. 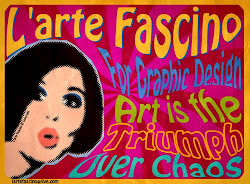